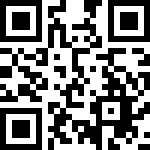 46th Street Baptist Church is open to worshippers of all ages and backgrounds. This church has been a stable in the Birmingham community for over one hundred years. Pastor R. Jamall Cunningham, an Alabama A&M grad, has been the head of this church since January 2020. He and his wife, Pamela, came to us by way of his hometown Anniston, AL. We lead our congregation in worship, deepening the connection to God, understanding the teachings of Christ, and ultimately to a vibrant faith.

We have a long, proud history of serving the people of Birmingham. Through the dedication of our leadership, staff members and volunteers, we are committed to the teachings of Jesus Christ, and are here to spread His message. Contact us today to find out more about becoming part of the 46th Street Baptist Church community.

46th Street Baptist Church has a rich history. In the early spring of 1914, elder Jeremiah was given permission to hold meetings in the Little Rock Baptist Church to show sights and conditions of Africa. Elder Jeremiah
represented the Church of God. From there, a frame shed with tarp paper sides and roof was built. After just a short period of time, two lots were brought from Mrs. Allison for a mere $550.00. Elder Jeremiah served until
late fall of 1914. In the late fall of 1914, Reverend Tom Pickens was called and served until 1915. A little later, Nance Hill and Lee Henderson called a course meeting and organized St. John’s Baptist Church, with Reverend L. Neal as moderator. A great work had begun, carried on toward success under Reverend W. M. Davis, the Baptist pastor. He served from 1915 to 1917. In 1917, Reverend Will Hill was called. Finally the church grabbed its roots in 1918, when Reverend J. H. Stephey was called and the church name was changed to 46th Street Baptist Church. From there, things started to flourish. In 1919, a church building was started and later finished in 1920. In the years, 1925 – 1927, Reverend A. C. Williams and Reverend R. W. Walker served as co-pastors. When Reverend J. W. Carter was called in 1927, he resigned after 9 years of service to the church. In the following years, Reverend Thomas Thedford served as acting pastor until March of 1938, when Reverend W. M. Cook was called and served served 6 months.

In 1939, Reverend A. L. Cochran was called and served 3 years.In August of 1942, Reverend H. H. Bickerstaff was called. Soon after, there was a need for improvement so the church bought two more lots from Mr. James Ruffin. In May 1950, the church burned down and a new building was started. The congregation began to worship with Mount Zion Baptist Church (Drennen Quarters) until the church was finally completed October of 1956. Reverend Bickerstaff passed away before the services started in the new building. Reverend Bickerstaff passed away before the services started in the new building. He had served for 14 years. On January 23, 1957, Reverend E. Hester was called as pastor. During his service, the debt on the church was paid off, a cornerstone was laid, and an organ purchased. Reverend Hester passed away after just 5 years of service. Between late 1961 and early 1962, the Reverend J. J. Taylor was called as pastor, but only served one month. In May of 1962, Reverend R. S. Brown was called and served 3 years. On June 28, 1968 Reverend J. H. Sloan was called as pastor. During his time of service a mimeograph machine, amplifiers, station wagon, and file cabinets for the office were bought. Also a kitchen was built and the church established a kindergarten Reverend Sloan served as pastor for the next 8 years.

Succeeding Reverend Sloan, was Reverend G. D. Craig beginning in 1974. Over the next 23 years, the church progressed at a rapid rate and made several enhancements and became a lot more involved. In his first three years there were several changes: The basement was paneled, two rooms were sectioned off, the Pastor’s Study was built and furnished, an athletic department was developed, a church bus was purchased, another trustee board organized, a new order of service was developed, and the Deacons and Minister’s Wives were organized. Immediately afterwards a water fountain was placed in the basement, a new refrigerator was purchased, floodlights were placed on the side of the church, the choir stand was enlarged, the seats were cushioned, and carpet laid. This was all done from 1977-1979. The church also began to expand it’s reach. Concerts were rendered in Cleveland, Ohio (1977), and Fort Hood, Texas (1978). Then in 1979, the Mass Choir even made an album in 1979. As the church grew, so did its facilities. Over the next ten years there were many other enhancements that took place: Another lot to the church was purchased, the church house was renovated, another bus and tithe box was purchased, the Pastor’s Aide was organized (1982), the exterior of the church was painted, the basement floor was stained, a new PA system was installed, and an awning was placed over the side entrance. Also during this time, the choir continued to travel and exhibit its talents. Concerts were rendered in Andalusia, AL (1981), Racine, WI (1983), and Detroit, MI (1987). Worship continued in the church building located at 1532 Cahaba Street until June 10, 1990, when the building collapsed. After having one service at the Mount Pilgrim District Church, The Peace Baptist Church opened their doors to the congregation. Worship would continue there for the next 7 months. During this time the East Lake Alliance Church, at 230 85th Street North, was purchased.

The first service in the new building was held on February 2, 1992. In an effort to upgrade the church and get back up to standards, a host of purchases were made over the next five years: Two vans, a baby grand piano, folding chairs, tables, furniture for the Pastor’s Office, the marquee sign outside of the church, flags, collection baskets, and pulpit clothes. Reverend G. D. Craig retired April 20, 1997 after 23 years of dedicated service. Reverend Craig was made Pastor Emeritus over the church. Rev. Isaac Dwan Thedford was appointed as Interim Pastor before Reverend Frederick D. Whitt was called to pastor in October 1997. He preached his first sermon on November 2, 1997, and was installed on November 30, 1997. Under his leadership, the church continued to progress forward. A new heating and cooling unit, outdoor and indoor lights were installed, the Church Library, the Scholarship fund, Arts & Craft Ministry, the Church Newsletter, and the Women’s and Men’s Ministries were all started during his tenure. On June 24, 2001, Reverend Whitt resigned after 4 years of service. A considerable number of members left with Reverend Whitt and founded the Agape Missionary Baptist Church.

After the church went into prayer, the officers of the church began search for a new pastor. On October 27, 2001, Reverend Carlos D. Williams was called as pastor. He preached his first sermon on November 11, 2001 and was installed on March 10, 2002. The congregation was saddened by the death of Reverend G. D. Craig on September 17, 2002. He was laid to rest in his Hometown of Montevallo,AL. It was only fitting that The Fellowship Hall be dedicated in his honor on March 2, 2003. A resolution was passed that the first erected building be named in his honor also. Soon after, the church started its mission towards revitalization: A billboard sign was erected, new carpet and sound system were installed, the church members redecorated the classrooms, and the pulpit was redesigned. The church also began a host of new ministries. Camp 46th Summer Day Camp started in June 2002. The 9-week camp houses approximately 75 kids each summer. This proved to be a significant step, as numerous new members to joined under Christian Experience and were baptized; several former members returned. Our theme for the year was “Moving from Membership to Discipleship” taken from Acts 2:40- 47. The adopted theme for 2004 was “Moving, Making, Maturing” taken from Matthew 28:19-20. In January 2004, we began a year long Disciples in Training Program to “develop the spiritual life of Christian Disciples.” This year-long program consists of different levels: Introduction to Christian Discipleship, Christian Stewardship, Evangelism, Fulfilling the Commission, and Christian Growth. Each disciple must complete all levels to successfully complete the program. At this same time, The Christian Educational Board was established to address the educational needs of the church. This Board oversees the Sunday School, Bible Study, New Members Orientation, Disciples in Training Program, Marriage and Family Seminars and Workshops, and Children’s Church. During that year, we have also seen a revival of the Sunday School through the offering of additional educational classes outside of the Standard Sunday School Lessons. These classes address the changing needs and concerns of today’s Christians. With the grace of God, the members of the church paid off the $98,000 mortgage debt on April 27, 2004. On May 2, 2004, the Church burned the mortgage. The Music Ministry was also enhanced by hiring two qualified musicians. Choir Robes were purchased and dedicated on Sunday, April 24, 2005. In November 2005, Rev. Williams resigned as Pastor. Pastor Williams and several members founded Greater Grace Baptist Church in 2006.

In May 2006, after an extensive search, Reverend John H. Walker was called as pastor of the church. He resigned in January 2007. In July 2007, Reverend Edwin R. Crump was called as pastor of the church. At that time, a new mission statement was adopted: “A Caring Church Preparing People to Meet a Coming God.” The church began to institute Certificates of Membership to its existing members. Reverend Crump established a “Systematic Giving” program, as a means of providing funds for capital church improvement. Under this program various improvements were made possible: installation and relocation of a new women’s bathroom, relocating the men’s bathroom, new sound system and booth installation, Pulpit reconfigured, new carpeting installed in the sanctuary, new refrigerator, addition of an organist, revival of the children’s choir, Youth-in-Action was initiated (young people were integrated in various departments within the church and were encouraged to achieve scholastically by quarterly recognition of 46th Street Scholars), roof repairs were made, and the air conditioning system was revamped. The church was also able to retire the copier debt. Throughout this time, additional souls were added to the church through baptism and profession of faith. He implemented the monthly acknowledgement of birthdays and anniversaries with personal letters, recognition in the church bulletin, and birthday cake celebrations. In January, 2015, Pastor Crump resigned. The church is now led by Pastor R. Jamall Cunningham.